The Haemophilia Association of Mauritius (HAM) is a Non-Governmental Organisation working on a national scale to improve and sustain treatment of people with haemophilia and other inherited bleeding disorders in Mauritius.

Established in 2008 by a handful of desperate parents and patients who wanted to see a change in the medical care being given to people living with Haemophilia in Mauritius; the Association has grown from a small structure of 23 members to a colossal Association of over 120 members.

The Association was officially launched by the Ministry of Health and Quality of Life on the 23rd April 2010 and has since been accredited by the National Corporate Social Responsibility Committee.

At national level, HAM has established a meaningful partnership with the Ministry of Health and Quality of Life to meet most of the needs of its patients. The Ministry participates actively in most of the activities of HAM and is fully supportive to the needs of its patients and families. The level of confidence has significantly increased and there are many joint projects in the pipeline to further improve the treatment, care and management of Haemophilia in Mauritius and Rodrigues.

On the international scale, HAM today forms part of the World Federation of Hemophilia (WFH) as a National Member Organisation. HAM’s accreditation to the WFH has provided the Association with global recognition in Haemophilia healthcare and has opened a world of opportunities for it to improve the treatment of care of those persons suffering from this life-threatening bleeding disorder in Mauritius. 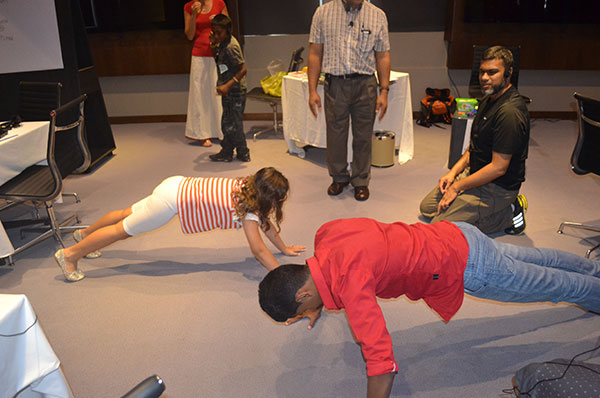 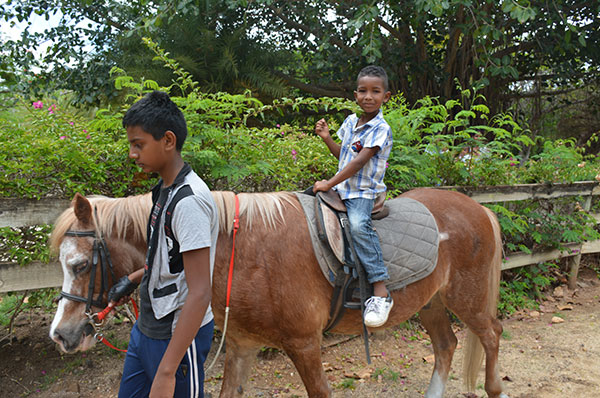 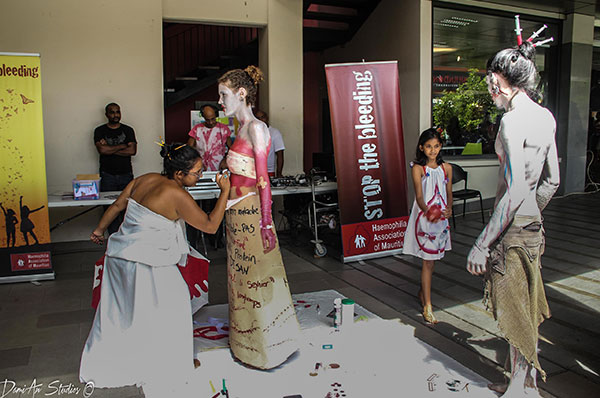 The Haemophilia Association of Mauritius is run fully by volunteers from all backgrounds and includes patients, parents, doctors as well as laboratory technical personnel. The Association’s Managing Committee, which meets regularly, comprises of 9 individual members who hold office for two consecutive years until next election.

The Association has a small administrative office located close to Victoria Hospital in Vacoas and has expanded its team in light of the increase of activities both nationally and internationally. Mrs. Mohsena Olath C. Operations Manager heads a team of 3 professionals in the running and day to day activities of HAM. 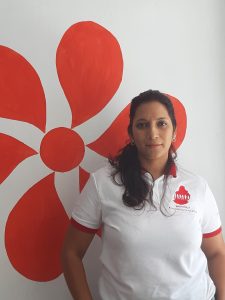 Mohsena Olath-Carramtally joined the Haemophilia Association of Mauritius in August 2014 as Operations Coordinator. She is now the operations manager and is responsible for the overall running of the organisation – management of the team staff and volunteers; programs and projects, oversees budget and finances of the Association as well as the collaboration with stakeholders on a national, regional and international level.

Mohsena has extensive experience in the social sector and for the past 9 years has been actively involved in the NGO sector and in the Health Sector. 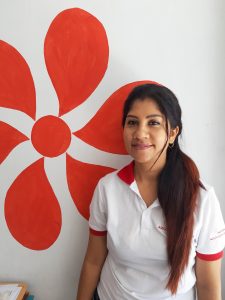 Minackshi Dhurmoo-Luchmun joined the Association in December 2016 and is responsible for the administrative and financial management at HAM. She also works in close collaboration with the Operations Manager for the day to day running of the Association. She is involved in project writing and takes care of the fundraising activities at HAM.

Minackshi has been involved in the NGO sector for the past 8 years with experience in poverty, disabilities and the health sector.

Minackshi holds a BSc (HON) in Social Work from the University of Mauritius and is pursuing her ACCA studies. 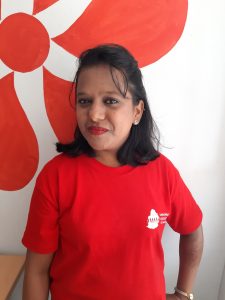 Komal Jogarah provides general support to the team. She is the first point of contact for all stakeholders; face to face and over the telephone. She also maintains and updates the databases of the Association.

She has vast experience in administrative work. 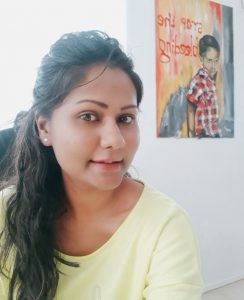 Selinda Kistan earned her Bachelor of Arts in Counselling and an MSc in Human Resource Management from the University of Technology, Mauritius. Selinda has over 8 years of experience working with families, youth and children. She has joined HAM in June 2019 as an outreach social worker. Selinda is the liaison between HAM and its patients and their families: she does home visits, counselling and refers patients to other service providers when needed. 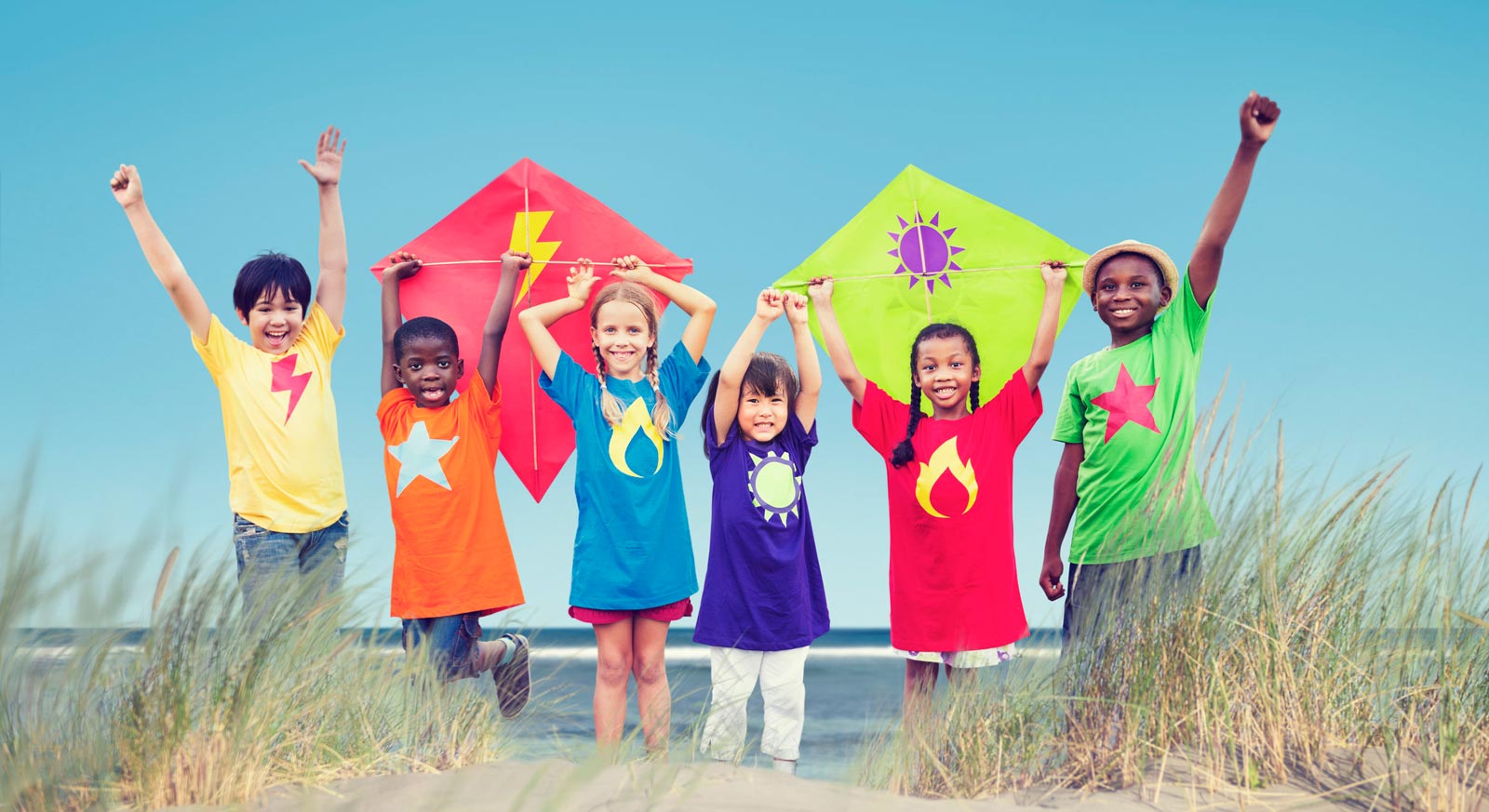 The Association’s Management Committee meets monthly and comprises of 9 individuals: